I'm a person that loves learning about people and, when I host parties, I'll often have some icebreaker games prepared. The trouble is, there are so few icebreaker games out there that are actually original. As a result, I've had to make them up! Over the years, I've kept a private list of all my favorite icebreaker games—both the ones I've created, and the most unique ones I've found online. Now, I'm ready to share that list with the world. I hope it brings you many hours of enjoyment!

Pose the following question to a group of people—it's sure to get an animated conversation going and can reveal a lot about each person:

"You are sent back to the Middle Ages in a time capsule the size of a telephone booth. You can bring exactly one modern object back with you to help you survive and thrive during that time. Besides that object, nothing else but the clothes you're currently wearing can come with you. The object you choose can contain only the parts and accessories that are normally part of that object, such as wires or batteries, but nothing else. What do you bring?"

Part of the fun of asking this question is actually shooting down the most common answers that people give, most of which are impractical. For example, many people say "a computer," but there is no electricity in the middle ages, so a computer is near-useless! Others say things like "a barrel of penicillin" but, don't forget, you don't have any friends or a place to live. If you showed up to a town with a huge barrel filled with a mysterious substance, it would be like a ball-and-chain for you, making it difficult to move around to find food and shelter. Plus, if people caught on to the fact that your barrel's contents magically heals people, someone might steal it from you—or, even worse, you could be burnt at the stake for witchcraft!

Another popular answer is "a gun" but, don't forget, one gun can only hold so many bullets, and it can't defeat an entire medieval army.

In truth, this is a super hard question because it's partly about surviving in a foreign place with nothing but the clothes on your back, and it's partly about integrating a modern person into a savage, superstitious, and disease-ridden time in history. There is no perfect object to see you through a situation like that.

However, when this question was posed on an online discussion forum, someone came up with an answer that got more kudos than any other, and, while bizarre, is kind of brilliant. I don't want to spoil it for you, but if you're ready to hear it, it's upside-down at the bottom of this page.

2. Life Auction: A Fascinating Way to Learn What People Value 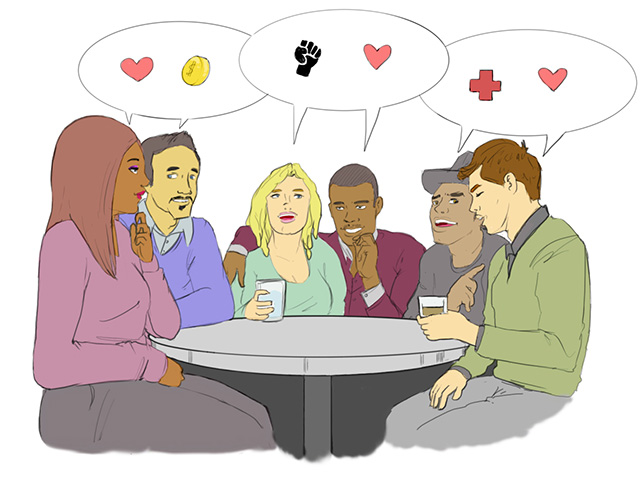 My wife and I made up this group game which involves giving people currency—poker chips or Monopoly money—and allowing them to bid on a number of life attributes (e.g. a happy marriage, fabulous wealth, political power). Some of the attributes are serious, some are silly. Since everyone has the same amount of currency, how much you bid on each attribute quickly teaches you what you value most. Then, the group is broken up into teams, and a number of scenarios are presented (e.g. "You have been captured by a wild tribe and sentenced to certain death."). Each team has to use the attributes its members won in the auction to argue why they would be the most successful in that particular scenario.

The game leads to lots of discussion about values, and becomes pretty spirited (and hilarious) as you argue why your team's attributes would make you the most successful in each scenario.

Below are the instructions, life attributes, and the seven scenarios we made up. Obviously, you can substitute or add anything you wish for any of the scenarios and attributes!

Say these aloud to the group at the start of the activity.

You will soon be thrown into a hypothetical scenario where you'll need your best attributes to survive and thrive. The scenario itself is a mystery that will be revealed later in the game, but some examples of what the scenario might look like include, "trapped in a pit filled with snakes" and "at a dinner party with your boss and his wife."

To prepare yourself for this mystery scenario, you will have the opportunity to purchase the attributes you'll need through twelve auctions. Once you win an attribute, it is yours and can be traded anytime before the mystery scenario is revealed. In front of each person is $1000 in currency to be used in the auctions.

For anyone that has never participated in an auction, the way it works is that the Auctioneer starts the bidding at a certain price. All who are willing to pay that price to win the item raise their hand. The item's price keeps rising as long as people continue to bid against each other by raising their hands. When we've found the person willing to pay the highest price for the item, that person wins it.

Auction as many or as few as you want, depending on your group size

You can present as many as you wish, choosing a winning team for each one based on their arguments. 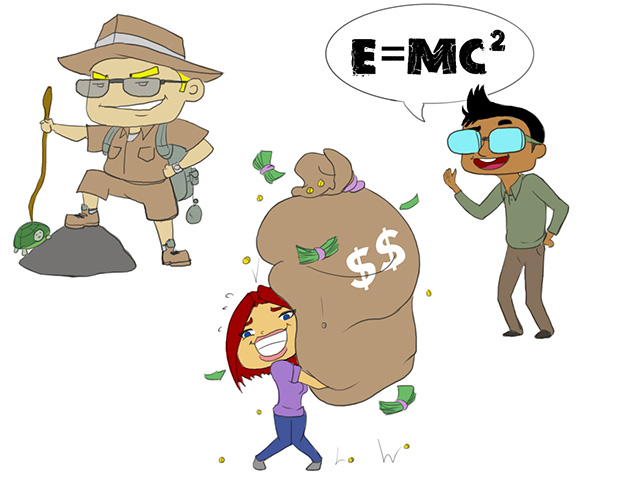 3. What Do You Really Care About: A Writing and Discussion Activity

This one is far more impactful than you would imagine. And it's simple. There are 100+ values below. Everyone in the room spends about 15 minutes looking through the values and choosing the ten that define them best. From there, they need to put those 10 values in order of importance. Then, everyone goes around and reads their values out loud, discussing why they chose them and ordered them the way they did.

As simple as this activity is, it's REALLY hard. To put one value above another when there are several that mean the world to you is somewhat agonizing. But, once you're done, you have a picture of yourself that's surprisingly informative.

We did this activity last New Year's Eve, and it was a big hit. One little "extra" we added was asking everyone to shout out guesses at each person's core values before they read them out loud.

For this activity, you'll want to print out copies of the list of values and hand them out to everyone in the group, along with pens or pencils. 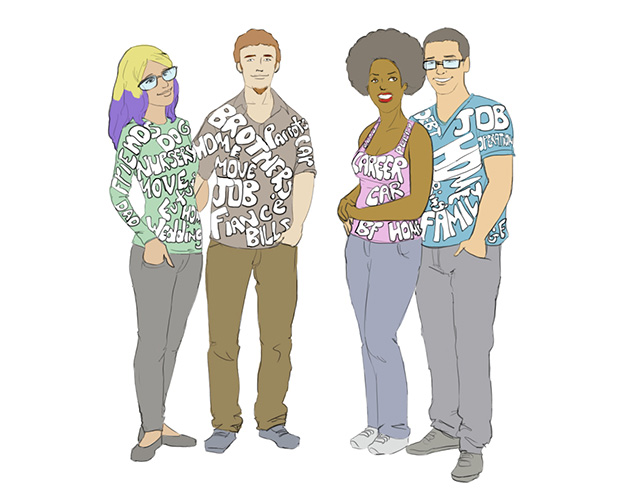 Autobiography Words is the easiest game to play on this list, and it has the unique distinction of being able to teach you things about anyone, even people you've known for years. When I play this game with my wife—which we do all the time—I always hear myself say, "I never knew that about you!" This is after years of marriage.

The way it works is that someone picks a word at random. You can just think of something out of the blue, or open up the nearest book or magazine and point to a random word. Usually, the word should be a noun, like "basketball" or "elf" or "mandarin orange." It can also be a proper noun like "the Leaning Tower of Pisa." Then, the people in the group—and this can be played with any number of players, or as few as two—say what they associate with that word. What does it mean to them? What does it remind them of? You can go in any direction when reacting to the word, there are no limits. Often, people talk about how they first learned about the thing in question, what meaning it had to them in childhood, or what they like or hate about it today.

For example, if I were playing and the word were "plastic," the first thing that comes to mind for me are the big colorful tubes of the "BigToys" jungle gym we had at my elementary school. I was there when it was first installed, and it always smelled like new plastic inside the tunnels where I spent many hours playing with friends and daydreaming.

You may want to choose a time limit for answers, as some people will want to share their associations for a while—two minutes is a good limit for each person's answer.

I find that playing five or so rounds of this game is usually about right, but you can play for as long as it feels interesting to your group. 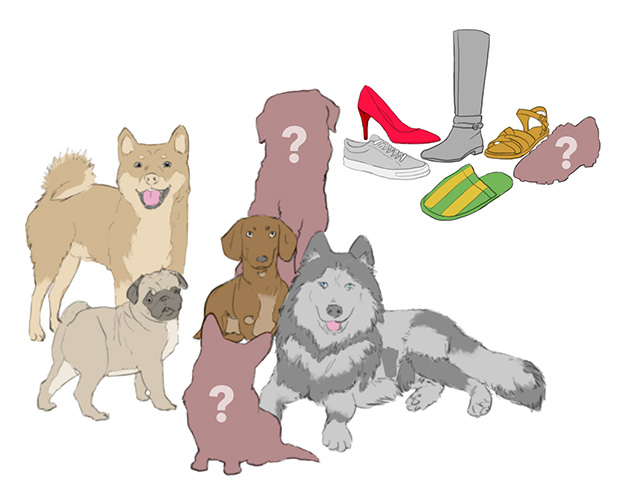 Maybe I'm just weird, but I love trying to come up with all the items that make up a specific list. A guy I know likes to do the same to pick up girls at bars—he'll walk up to a girl and say, "Hey, can you name all seven dwarves?" Inevitably, she will play along, because it's fun to see if you can remember all their names!

The following game is essentially the same concept: one person makes up a category, and the others have to work together to try to name as many items in that category as possible. It helps if you give a definite number of items that must be named in order for the group to win the challenge.

Can you do it? I bet you can, but it may take you a minute or two to think of them. I've found that the ideal number of items to ask for is an amount that is challenging to come up with, but not impossible.

Another example would be, "Name 15 Game of Thrones characters." If you watch the show, you can probably name five or six immediately. But can you actually get to 15? It might be close. That's why I chose 15 and not 5 (too easy) or 25 (too hard).

It's fun to make up your own categories but, in case you'd like some ideas, here are a few I've used in the past:

I hope you got some great ideas from this post! And don't forget that pairing a game with gifts and prizes makes it way more fun. Elfster.com is the Internet's leading gift-giving tool, helping millions of people organize wish lists and Secret Santa gift exchanges each year.

Special thanks to Evan Bailyn for contributing to this article.

The Elfster elves know how to party! Get down and boogie at your next bash, then gather everyone up for a gift exchange. It's easy with the help of Elfster. Five minutes will have you organized and the invites sent to friends, family, and coworkers. It's that easy—and free!